Taking another look: the biggest websites in the world

Taking another look: the biggest websites in the world 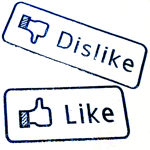 According to comScore and Business Insider, the biggest website in the world amassed 837 million unique visitors during December 2012. That must have been Google, you might say, but you’d be wrong. In fact, Facebook took the top spot followed by Google, YouTube, Yahoo, and others.

We wanted to put those numbers in perspective, and here you can see some of our take on the biggest websites in the world.


Revisited: The biggest websites in the world

Earlier this month, Business Insider published a ranking of the top 20 websites in the world based on ComScore data from December 2012.

The Biggest Websites In The WorldDo you know who’s No. 1? Hint: It’s another American company. By the way, guess how many of the top 20 websites in the world are Chinese….
The main thrust of the article was really that Facebook ranked number one when perhaps the more obvious guess would have been Google.
20 Biggest Websites In The World | Facebook is First ? or Google is First ? Who is First ?- Know More :… http://fb.me/2kMsQYhnxDhruval Choksi
Facebook pips Google to #1 spot of world’s most visited website http://ow.ly/hBgTOSophie Hobson
Biggest Websites In The World (Google is not #1)– tells you something about our digital age. http://buff.ly/WQXvivglenn_brooke
Google is not the biggest website in the world [it’s #2] … the biggest web sites http://read.bi/XmKkEf #CIO #CMOVala Afshar
Here’s the ranking:
top 10 world web sites feb 2013.001pingdom

This is of course a ranking of individual websites, but Google owns Blogger and YouTube, so what happens if we put the three of them together?

Here’s what happens:
top 10 world web sites feb 2013.002pingdom
That puts Facebook’s number 1 spot into perspective, doesn’t it? Looks like Mr. Page has quite a bit more traffic to manage than Mr. Zuckerberg.

And you may have noticed that quite a few sites on the list are based in China, like Baidu and QQ. So what happens if we put all the China-based websites together?

Here’s what happens:
top 10 world web sites feb 2013.003pingdom
We could go further and add up Bing.com, MSN.com, Microsoft.com, and Live.com to see what Redmond controls, but we’ll pass on that for now.

If you don’t see the included story with tweets and charts above, click here to view it on Storify.

This is our first attempt at using Storify for creating content. You can find a few more of our creations here. So far we’re not quite sure how it will fit in with this blog, social media, and other things we use, but we are, at the very least, intrigued about the possibilities.

Note: The Business Insider article doesn’t specify for what time period the data is for, but we contacted the authors and they said it’s for December 2012.