Besides the pocket protector, every geek has to have a wristwatch. The problem is that it can’t just be any old watch. It has to be connected to the Internet, work as a calculator, show the weather forecast, and of course also tell time.

But of course only a small percentage of geeks will actually wear a wristwatch, relying instead on smartphones. However, we feel obliged to point out some alternatives should you choose to put a timepiece on your wrist.

We scoured the web to find 10 wristwatches that we think would work perfectly of you. Of course you can wonder about how practical it is with DIP switches on a watch, but if you did you wouldn’t be a geek. 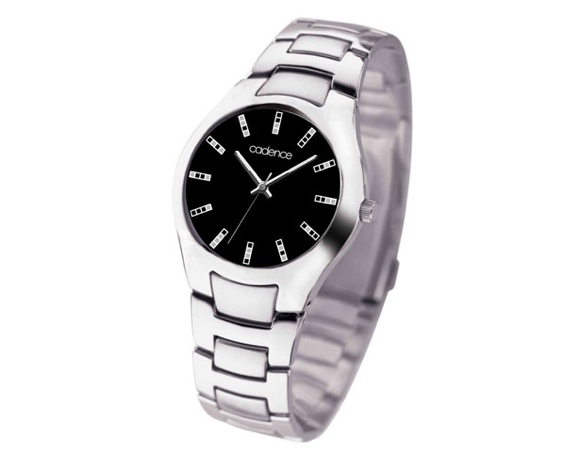 Looks can be deceiving. You have to take a closer look at this watch to see what’s geeky about it because it looks very normal. Although it has a regular dial on the front, the numbers are 4-bit binary. Let’s be fair, this is not really a watch. You need to add an iPod nano to this wristband to make it a watch, but it’s so cool we just had to add the Lunatik Lynk. If there is one site where all geeks can hang out for hours, gawking at the amazing watches on offer, it has to be TokyoFlash. It’s almost impossible to pick one out of the bunch to feature here but our geek-hearts beat especially for the Denshoku. Press the button on the Denshoku and it tells time in three steps: first hours, then ten minute blocks, and finally single minutes.

The i’m watch – yes, with a lowercase i – is an Android based watch that talks to your smartphone via Bluetooth. It’s not available to buy yet but you can preorder it and you have a variety of colors, materials etc. to choose from. We have to throw in a vintage calculator-watch as well, don’t you think? And it has to be a Casio. The inPulse SmartWatch talks to an app on your Android or BlackBerry smartphone over Bluetooth. Using a selection of apps, you can receive all different kinds of information, directly from the Internet, on your watch. Something like the inPulse might be cool, but what about a fully-functional GSM mobile phone in your watch? The LG GD910 definitely deserves a better name, but it looks good, can tell time, and can even make phone calls. It might be hard to get a hold of as many online stores say “sold out” but we’re sure that you can lay your grubby geek-fingers on it if you really want to. In case you cared what it can do, it can apparently “display preciseness celestial motion.” Finally, this has to be the geekiest out of the bunch, hands down, a wristwatch running Linux. What might be even cooler is to be able to tell people your watch was made by IBM.

If you were keeping count this is really the 11th watch but we thought it was worth an honorable mention even though it’s completely void of any tech. Basically, if you can’t afford any of the other ones or if you just want the most customizable wristwatch ever, make your own.

There you have it, our selection of ten wristwatches we think any geek would be proud to wear because they’re full of technology and gadgetry.

Do you have a favorite wristwatch? Share it with us in the comments below.

PREVIOUS
NGINX skyrockets 300% in one year: Q&A with the team behind the web server software
NEXT
Comparing the efficiency of Chrome’s and Firefox’s automated updates (study)